When it comes to disbursement of national scholarships, Maharashtra stands as an example for other states in the country.

As per the data from the past few years, Maharashtra has offered the highest number of government scholarships to Dalit students to pursue higher studies in foreign universities.

Of the total 72 fellowships awarded under the ‘National Overseas Scholarship for SCs’ (NOS) till February 2018, 40 have been received by the students of Maharashtra.

With Uttar Pradesh and Karnataka at the second place with receiving six scholarships each, the contrast with other states is apparent.

The trend has gone in favour of Maharashtra for the last few years as well. Out of the 108 fellowships awarded in 2016-17, 53 went to Maharashtra, while students from UP received eight, and Madhya Pradesh and Tamil Nadu students received five scholarships each. Other states received between 0-4 NOS fellowships.

In 2015-16, Maharashtra received 16 fellowships followed by Andhra Pradesh with 5, Delhi, Punjab, Tamil Nadu with 4 each, Karnataka with 3, Assam with 2, Kerala, Odisha, Rajasthan and MP with 1 respectively.

Launched by the Ministry of Social Justice, the NOS scheme funds students from the SC community who are selected for masters-level and PhD courses abroad. The scheme used to have 30 seats, which was increased to 60, and further raised to 100 in 2014.

According to sources, the reason behind Maharashtra’s ability to receive the NOS scheme is better educational guidance available to students. The awareness level about the NOS was high in Maharashtra because the state also ran a similar scheme.

An expert said Maharashtra had introduced overseas scholarship scheme many years ago, while others states with high Dalit populations do not have such a provision yet. It has resulted in the yawning gap in awareness levels among different states in the country. 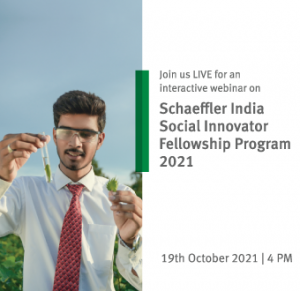