Scholarships » How scholars are making a difference in the society 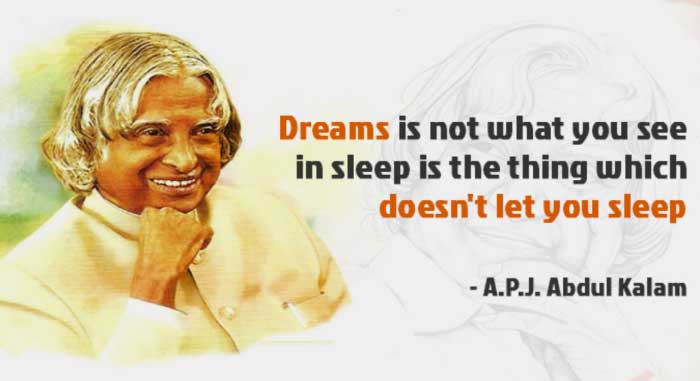 The one, who knows the difficulties of life, often tries to guide others through the same. At the same time, the ones who know the path to success act as the guiding lights for others who want to venture into the realm of growth and progress. These individuals, these scholars, value their journey and their current position in life due to the various struggles that they have overcome and the qualities that they have mastered.

In the realms of education, we see that people who have benefited from scholarships in their student life grow up to become benefactors of similar scholarships or platforms that help other students.

A well-known example of one such student would be Dr. APJ Abdul Kalam, former president of India, also identified as “the missile man of India.”

We learn through his autobiography, Wings of Fire, that he was one of the many siblings in a simpleton family. His first job involved him selling newspapers for a living. Further down the road of life, he received a scholarship from Madras Institute of Technology to pursue Aerospace Engineering. His father had always wanted him to be an IAS officer, but the push that the scholarship gave for him changed his life forever. Now, imagine, if he did not have the privilege of being awarded the scholarship – India would have been at a loss of a passionate leader and scientist.

Scholarships have provided numerous pioneers with the chance to prove themselves in the fields of their choice. These scholars, more often than not, continue to give back to the society by bringing about a difference through their innovation and hard work.

Ashutosh Padhy, the champion who made the most.

Ashutosh Padhy, pride of nation who trained with scholarships

Ashutosh Padhy was just like any other student at Delhi Public School in Kalinga. However, a few traits made him stand out from among his classmates and peers. His intense urge to better himself through sports was one such character that stood out and added to his innate uniqueness. The sports in which he made his mark were Billiards and Snooker. Seeing his immense passion and prolific inclination towards the game, Ashutosh was awarded the Indian Oil Sports Scholarship, which acted as a launch pad for an illustrious future. He went on to win five titles in a row, including first place standing in the sub-junior, junior and senior Billiards categories, as well as in the sub-junior and junior Snooker categories at the 20th State Billiards & Snooker Championship, which is held each year in different states across the country. However, this was just the beginning for Ashutosh, as he used the expertise as well as the recognition he had gained to achieve larger goals in the sport.

This is just one example of how scholarships can help propel promising students into the world of opportunity, where they are free to pick the fruits of their passionate efforts in the field of their interest. If you would like to know more about Ashutosh’s story as well as the scholarship that he availed, follow this link:

Nandhini Bharthi, engineering a life of exploration and research

The story of Nandhini Bharthi is a classic example of how individuals can be molded and shaped by the struggles and adversities that they have to go through during their lives. In the early days of her education, Nandhini lost her father and was left in despair at a young age. However, once she got connected with the Buddy4Study platform, Nandhini was able to gain access to a whole world of opportunities and support that could help her make the most out of her dreams. She was able to complete both her graduation as well as her Masters by availing the benefit of scholarships. She then went on to pursue her dream career in Aerospace Engineering from NTU, Singapore. Due to the initial push that she gained from scholarship funding, Nandhini is now able to conduct her research from the prestigious University of Florida. Her story can be viewed as an inspiration for thousands of students in India who have had humble beginnings, but are striving to accomplish their goals without losing hope.

Others like her include Mayanka Mukherjee and Sonali Chowdhary from Delhi University, who won the Rhodes scholarship this year and would be heading to Oxford next year to complete their postgraduate. And then there is Simranjeet Kaur, the latest benefactor of Buddy4Study intiatives…

Everyone is a scholar if given enough opportunities and a platform. Scholarships and platforms like those of Buddy4Study are the gateways for exploring and understanding one’s capabilities to the fullest.

Eligibility : Students of Classes 1 to 12 and Students enrolled in undergraduate courses