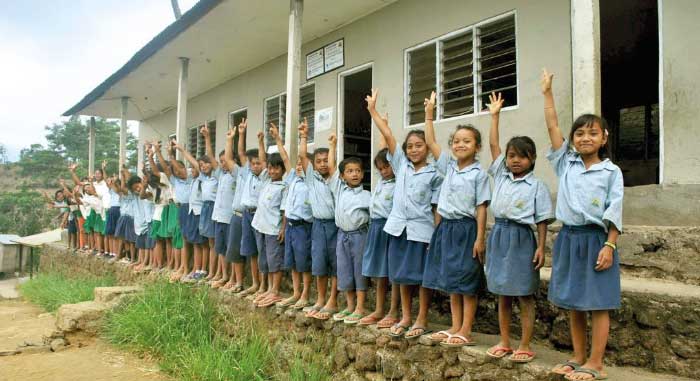 Perfection is like a seesaw, you are always on the tilting end. Somethings in life are better understood from a simple perspective. Have you ever seen a seesaw at a children’s park? What did you notice? It works by shifting weights. The person going down needs to shifts his weight the other to come up. And almost every kid who has ever played this game of balance has tried to achieve an equilibrium. But the seesaw will always tilt to the side where you shift the weight, never in equilibrium.

What is equilibrium for a social enterprise?

A social enterprise is defined1 as ‘a business with primarily social objectives whose surpluses are principally reinvested for that purpose in the business or in the community, rather than being driven by the need to maximize profit for shareholders and owners’. Buddy4Study, in its nature of the business, is defined as a social for-profit enterprise.

Many organizations find it difficult to strike a balance between social objectives and revenue generation in their business model. It is a constant case of seesaw where either of the sides weighs large upon the other.

To achieve the balance such that the social element in the business remains intact, it is imperative to dig deeper. For this post, we will take the example of a means-based scholarship that is only for students with an income level below two lacs and fifty thousand.

What is the scope of your social enterprise objectives?

To understand the section of the population that falls under the two lacs and fifty thousand income level brackets, it is important to take note of various other scenarios. Let us understand the terms BoP and BPL first.

Also known as below poverty line it indicates the economic status of an individual and is used to identify if they require assistance from the government. Currently, BPL is defined by the World Bank as any person earning 1.9$ or less a day which translates to INR 122.76/day or INR 44193/month. As per the Census report 2011, 29.8% of India’s population is below the poverty line.

For our case, the benchmark of two lacs and fifty thousand as the upper limit of income is definitely only the upper base of the BoP. While reaching out to this audience we are definitely missing out on the lower base of BoP.

Who are the people in the lowest of the poor category?

While there is no clear indication to identify the lowest of the poor category, there are some insights that will help us understand the subject better. Income being one criterion, there are other aspects that are equally important as the dynamics of income vary strongly at such levels. Hence, it is safe to deduce that income is only one part of the ecosystem that contributes to the lowest of the poor category.

A) Gender: Gender plays a major role in identifying the income status of an individual with females more prone to economic hazards than males

B) Disability: Physical state of an individual is a big factor in wealth creation. Persons with disability stand lesser chances at wealth creation and therefore are more vulnerable to total economic collapse

C) Identity: Caste, race, religion still hold a pivotal place in India and may strongly impact their economic standing in the society

D) Age: The older the individual, the more vulnerable they are to socio-economic circumstances

In order to understand BoP better and reach out to our target group of individuals with income less than two lacs and fifty thousand, it is important to decipher the various social conditions they live in. Once we have identified their socio-economic standing, it is also important to shift our focus to their profession. Together, these results will yield a much-narrowed down definition of BoP and help us identify the poorest of the poor who are in dire need of such funds.

By identifying the professions of individuals, it becomes easier to target the needy and deserving under the BoP category. A healthy study of all the above factors would lead to informed decision-making and a smarter approach to meet the desired objective of achieving equilibrium.

Here is a quick summary of the approach to achieve equilibrium:

Special thanks to Mr. Shankar Venkateswaran.