News » National Education Policy by end of 2018; focus on research and innovation

Putting an end to the long wait for the National Education Policy (NEP), Union Human Resource Development Minister Prakash Javadekar on Monday said the NEP’s ‘zero draft’ is ready and will be implemented by the end of 2018.

“The draft of the policy is ready. We are giving it the final shape,” Javadekar said.

The policy is being prepared by a nine-member panel headed by former Indian Space Research Organisation (ISRO) Chairman K Kasturirangan.

“They have said that we can have the first draft of the policy by December end. It will be implemented as soon as possible after it has been debated (in the Parliament),” Javadekar said.

The minister said that the NEP will serve the country for the next 20 years and will be more modern, research-oriented and will produce better citizens.

“Before the panel was formed, suggestions were solicited from legislators, students, parents and other stakeholders for almost two and a half years,” the minister added.

The HRD minister said 33 new initiatives have been taken in the last four years to strengthen the educational system in the country.

“Revolutionary changes have been made by the MHRD as it is committed to providing affordable and quality education for all,” he said, adding, “Transformational changes have taken place in the education sector by bringing in accessibility, quality, accountability, equity & affordability and have also given a tremendous push to research and innovation.”

Highlighting other new initiatives on learning outcomes, Javadekar said that Learning Outcomes benchmark student’s capabilities to be achieved in each subject and class every year.

“This will bring in accountability of schools, teachers and students, as well as parents will improve the quality of school education,” he said, adding, Over 103 new Kendriya Vidyalayas and 62 new Navodaya Vidyalayas have been opened during the last four years.”

“The education profile of every district and state has been shared with chief ministers, MPs & officials,” he added.

Referring to the change in no-detention policy, the HRD minister said that the Right of Children to Free and Compulsory Education (Amendment) Bill, 2017 is already tabled in Parliament, and as per proposed Amendment, states will hold the examination of students in Class 5 and 8.

“If a student fails in the second attempt, he/she can be detained. This will ensure a continued study by the students and improve their performance,” he said.

The HRD minister said that on the higher education front, 141 universities, 14 IIITs, 7 IIMs, 7 IITs and 1 NIT have been opened during the last four years.

“Higher Education Financing Agency– HEFA will provide INR 1,00,000 crore in next 4 years. This is implemented under the initiative of ‘Revitalising Infrastructure & Systems in Education’ (RISE) by 2022,” he said.

Javadekar refuted the allegations that the government was working to curtail the autonomy of IIMs and other institutes of eminence.

On the autonomy of Higher Education Institutions, he said IIM Bill has been passed, while Graded Autonomy has been granted to more than 60 universities.

“For inculcating innovative skills in school students, 2,400 Atal Tinkering Laboratories have been sanctioned at the cost of INR 20 lakh each. Facilities such as 3D printing, robotics, and artificial intelligence are available in these labs,” he said. 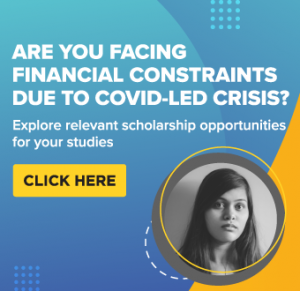