Along with 5,000 students, over 200 certified consultants and 150+ foreign university representatives from 80 countries, 100 international High School representatives, Diplomats, and Foreign Education Ministries participated in the 3-day mega event that began on April 27.

According to latest updates, over 31 scholarships were awarded by international institutions to Indian students during the conclave.

“SAS is a unique and innovative product for universities. It enables them to attract best meritorious students to their campuses with the help of scholarships. It has 3 parts: PAN India Promotion, Scholarship Application Management and helping students who received university offer letter to external scholarships and loans,” he added.

During the 3-day event, Buddy4Study organized a number of workshops and demos for students and international universities as well.

“We (Buddy4Study) have organized more than 40 demos of our SAS product, interacted with 100+ universities, embassies and colleges out of which around 80 universities are very much interested to launch scholarship exclusively for Indian meritorious students,” Neha Agarwal, Head of Business Strategy, Buddy4Study, said.

“Overall, the education fair was a great business event for Buddy4Study as we have had more than 100 B2B meetings with international universities and have received more than 1000 registrations from students,” Buddy4Study Co-founder and Co-CEO Manjeet Singh said.

“All the participating universities found our products and services useful and informative. As a bridge between students and universities, we were able to connect these two prime stakeholders of the education sector,” Buddy4Study Co-Founder Mohit Bhambri said, adding, “Our workshops had more student attendance than other workshops in the fair.”

“We have received an overwhelming response from universities and students as well. For universities, the takeaway from the conclave was quality applications from students and the outreach process; and for students, the takeaway was ample opportunity to study abroad,” Buddy4Study Co-founder and Co-CEO Manasvi Singh said, adding, “There was something from our stall to help students in the scholarship world.”

The event also witnessed Buddy4Study reconnecting with past scholars such as Shubham and Ritika, who also came to the stall in addition to more than 2000 students.

How to write a college scholarship winning essay?

Students in West Bengal to get rent-free space,...

Top scholarships to study in Australia

Top colleges in India to study Humanities and...

Study in Netherlands: All you need to know 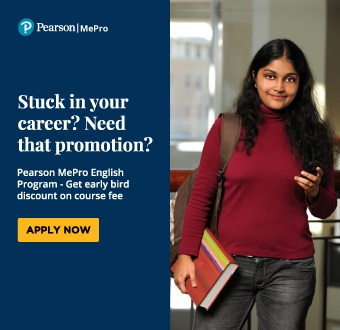