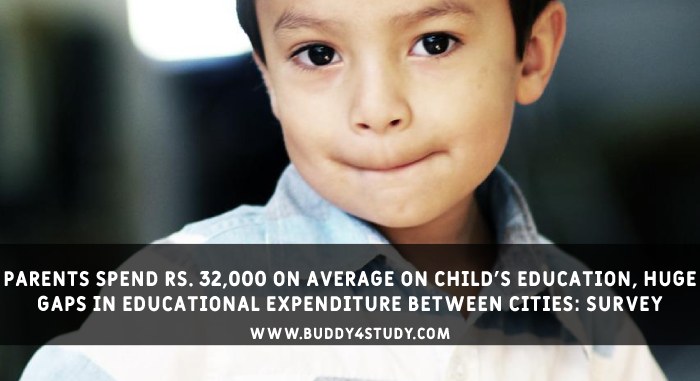 New Delhi, 15 April 2022 – A recent survey*, conducted to analyse the spending of Indian parents on their children, has found huge gaps between the average educational expenditure of parents in tier-1 vs tier-2, tier-3, and tier-4 cities.

*This survey titled ‘Understanding Indian School Education Spends Landscape’ has been conducted by Schoolnet India, an Indian EdTech service provider, providing digital and digitally-enabled services to K-12 schools and students. The study was conducted in collaboration with PGA Labs.

As per the Schoolnet survey, “As we move from Tier-1 to Tier-4, the average spend on education reduces, which influences the equitable access of education in the country.”

Here are a few more findings:

Sharing his insights on the survey, RCM Reddy, MD & CEO, Schoolnet India Ltd. & Learnnet Skills Ltd., said, “India has one of the largest K-12 schooling systems in the world, with 1.5 million schools and 250 million students. As seen in our survey conducted among children studying in affordable private and government schools, families are willing to spend increasingly on education, as they understand the importance of in-school as well as after-school education.”

“At the same time, there still exists a vast gap in the facilities available across the country, which impact the spending on education. Through this survey, we wanted to understand the spending habits of India’s average family when it comes to school education in India. This would help us work towards sustainably bridging the supply and demand gap that exists currently,” he added.

Award : Loan scholarship of up to INR 10 lakh