“An investment in knowledge pays the best interest”

What if I ask you to enter an archery competition, but with only a single eye? You would be furious, right? “How am I supposed to win when I’m handicapped”, you would say to me. But that is the same scenario our education sector is facing. We are trying to compete with the global powers, all while being handicapped. While we do understand the importance of education and are trying to invest heavily in it, we sometimes overlook the education infrastructure.

Despite the government’s best efforts to bring our education sector on par with the international standards, it’s the inadequate infrastructure that holds it back. Good infrastructure is essential in creating a favourable environment for a child’s growth. Classrooms, washrooms, playgrounds, laboratories, and libraries are as important for the holistic development as the quality of education itself.

Here I’ve listed a few recent instances from around the country that could help people take note of the current scenario.

It wasn’t a pleasant experience for students in the Jind area of Haryana. The rains wreaked havoc and proved too harsh for them. The infrastructure of government schools in the area wasn’t up to the mark to deal with such heavy rains. As reported in Times of India, the incessant rains created a massive waterlogging situation which caused trouble for the local students. Only a minority of students could attend classes. Ultimately, it was the education that suffered. 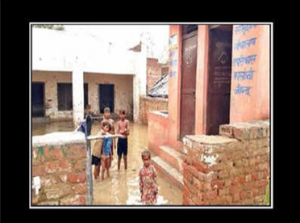 In the state of Karnataka, the recent rains highlighted the deplorable condition of education infrastructure. While many of us were enjoying the rainy season, these students in a Karnataka government school were risking their lives. As reported by ANI, the government school in the Kalaburagi area of Karnataka was in such a poor condition that even the beams and iron structure of the ceiling were visible. The students attending classes in this school are risking their lives every day. The concerned authorities should be aware of this situation.

The situation was even worse for a school in Ludhiana when the heavy rains caused a school building to turn to a rubble. The government school was already without a roof and due to heavy rains, even the walls collapsed. Almost ten students had a narrow escape as the walls came down. This incident outlined the reason why serious thought needs to be given about the quality of infrastructure in educational institutions as it could pose a threat to the safety of students. 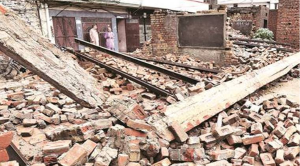 The situation isn’t any better for higher education institutions either. As reported in The Hindu, in Karnataka there is a deficit of 3090 classrooms, 1229 laboratories, and 3354 toilets in pre-university colleges. Moreover, some colleges are even forced to share space with government high schools and are thus running classes in shifts. This is degrading for the education sector as a whole.

For more such stories on education, check out the website of Buddy4Study, India’s largest scholarship network.

Now get degrees in your inbox: Reputed Universities...

NEXT a must for Foreign Medical Graduates from...