Am I a student from minority? How can I know?

i have sc certificate...can i apply? 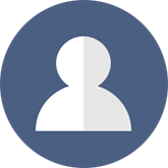 officially check the google or other media

Officially the National Committee of Minorities Act 1992 defines the spectrum of minority groups in India. Minority status on a national scale is subjective to the latest census data as published by Government of India. Latest census enlists Muslims, Christians, Sikhs, Parsi, Zoroastrians, Buddhists, Jains, and other communities which form a lower share of ethnic and religious distribution in India. There are also, linguistic minorities recognized by some states for specific schemes. The minority status of an applicant may vary from state-to-state based on the state census data as well. Students in the categories mentioned above should confirm (if possible) from the latest figures as published by national archives. Currently, the Census of 2011 is being considered to establish minority status of citizens.

In layman terms, it can be considered that Muslims, Christians, Sikhs, Parsi, Zoroastrians, Buddhists, Jains, and other religious communities forming a lower share of the overall population of India are considered as minorities. If a student falls under this category, they can apply for minority scholarships. Also, students generally don't need to worry while applying for these scholarships, as the eligibility criteria of these programs clearly state the allowed applicants. Be sure to check the eligibility criteria of each scholarship.